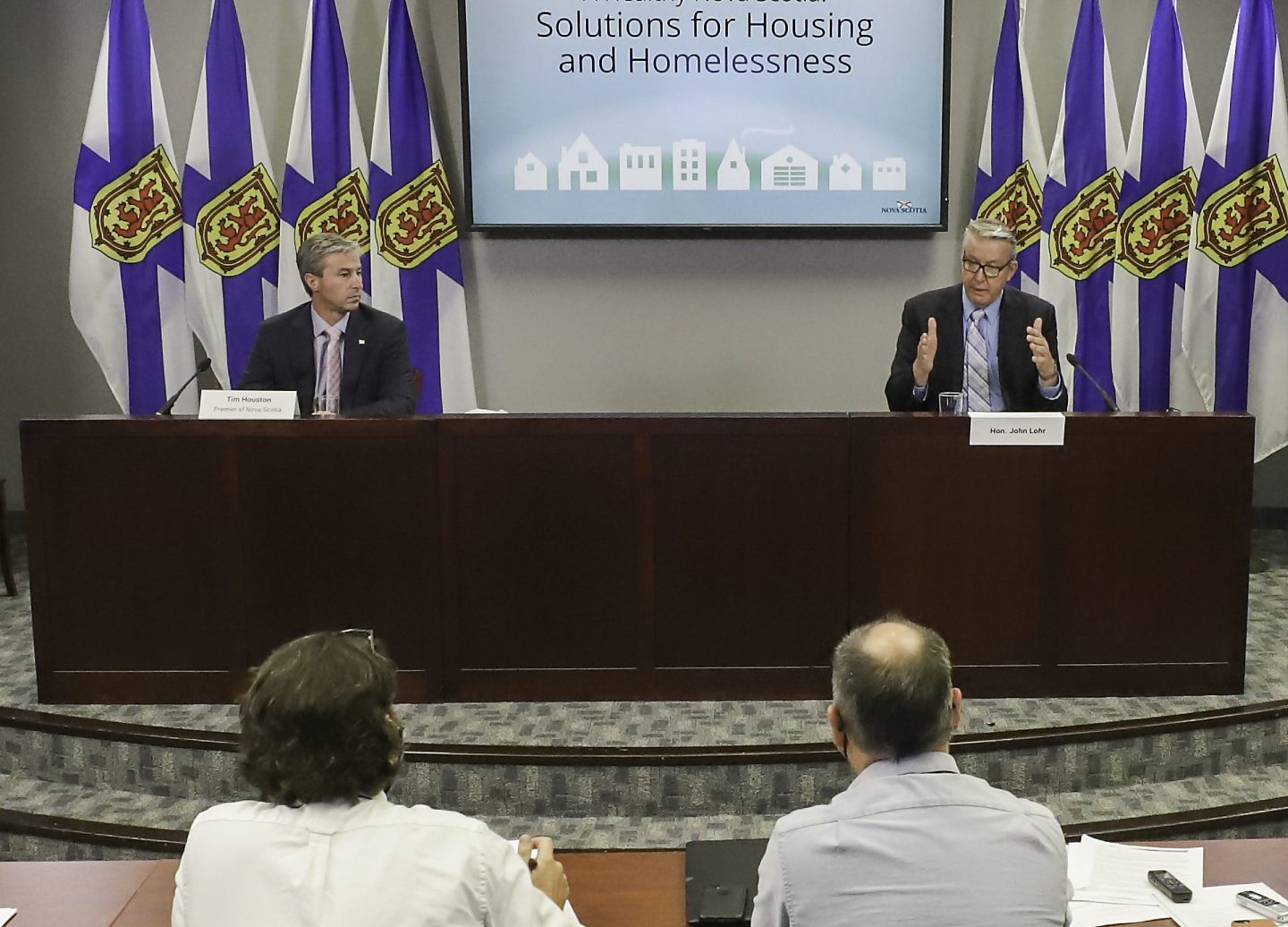 Plus: Calls to protect journalists as harassment and threats grow

Premier Tim Houston faced Nova Scotians’ growing concerns over the cost and availability of housing yesterday, rolling out a plan to cap rental increases at 2 per cent annually until the end of 2023, as the government spends $35 million to build 1,100 new affordable housing units. During the same period, the government is also earmarking $10.1 million on shelters and short-term accommodations for unhoused people.

Houston is tagging housing minister John Lohr to work with municipalities on the issue.

“We will work with HRM to quickly approve new developments, so more people have a safe place to live in our province’s largest city,” Lohr says in a press release. The plan includes the creation of a task force, which Lohr appoints, to focus on faster planning and development approvals for large residential projects in HRM.

Halifax Councillor Waye Mason, who has long called for the provincial government to tackle the housing problem, is reserving judgement on the plan. “I sure wish we had details on any of it,” he tweets. “Are we talking somehow moving things like Port Wallace, already well advanced, to completion? Or is this something else — new lands, reserve lands? Stuff the regional plan rightly disallows?”

Reporter Janet Whitman, who covers the housing beat for Unravel Halifax, is digging into what this all means and how it will affect you (look for that story tomorrow). And in our latest issue, you’ll find useful context for this announcement and how we got to this point.

COVID update
Nova Scotia has 165 known active cases of COVID-19, with six new cases and 27 recoveries reported in the latest government update. Sixteen people are hospitalized in provincial COVID units, including five in ICU. Health officials also announced that a fourth person at the Kentville hospital has tested positive for COVID, as testing and contact tracing continues around the outbreak there.

Journalists face daily harassment
News Media Canada, a group of publishers employing some 3,000 journalists across Canada, is calling on the industry itself to do more to protect reporters, many of whom face a daily barrage of harassment, threats, and smear campaigns, simply for reporting facts that some people don’t want to hear.

“We are united in supporting our journalists and newsrooms against those who seek to silence them and threaten their safety,” says a recent column from spokesmen Jamie Irving and Paul Deegan. “Across the globe, journalists face physical, judicial, and online harm. In addition to harassment from individuals, journalists face sophisticated defamation campaigns to discredit them. These threats, and their potential impact on journalistic freedom of expression, have detrimental implications for society at large.”

Pictou County driver charged after crash
A 56-year-old man from Pictou County is facing a charge of impaired driving by drug after a crash in Trenton on Oct. 19. Police say a driver was travelling southbound on Oak Street, through a residential neighbourhood, when they lost control, hit a power pole, and flipped their car.

Making it easier to go green
With its solar garden project, Antigonish aims to make green energy available to everyone, not just the people who can afford expensive retrofits for their homes.

“Instead of putting panels on your roof, you basically subscribe to those panels on the solar field, and you’ll receive a credit back on your bill,” says Sean Flemming, a member of the Alternative Resource Energy Authority. “Basically, it gives folks the alternative to putting solar on your roof. If you’re a home owner, maybe you don’t like the look of solar panels, maybe there’s some shade on the south side of your roof, or maybe you’re a renter and not able to participate in solar at all.”

Drake Lowthers has the story for The Reporter.

Spread the news
Know a community group, good cause, or inspiring local story we should share? Email the editor.

Trevor has been a magazine editor and journalist in Halifax since 1998. He's won multiple Atlantic Journalism Awards and was shortlisted for the Tom Fairley Award for Editorial Excellence in 2014.

Plus: Where is Halifax heading in 2022? Looking at the issues that will shape our city Vaccination bookings are now [...] 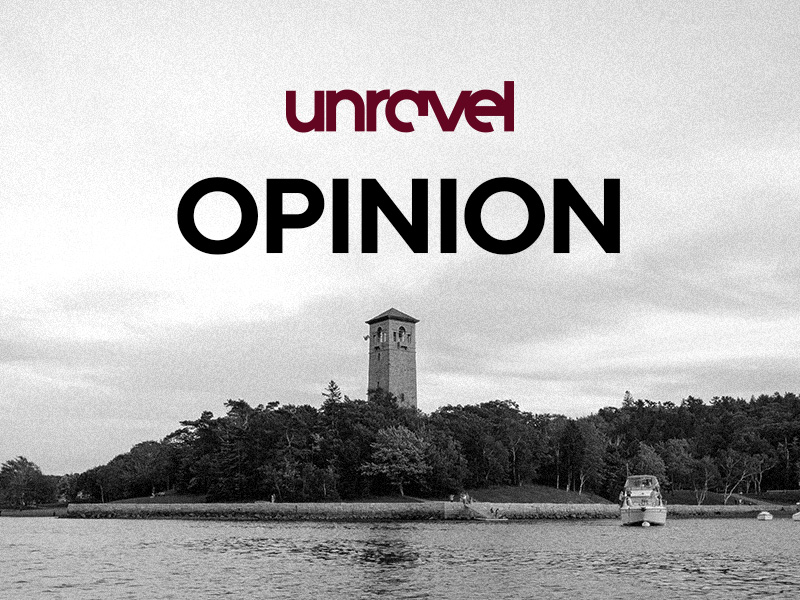 Getting out of the prediction business Last January, I imagined the editor’s message I’d write at the end 2021.& [...] 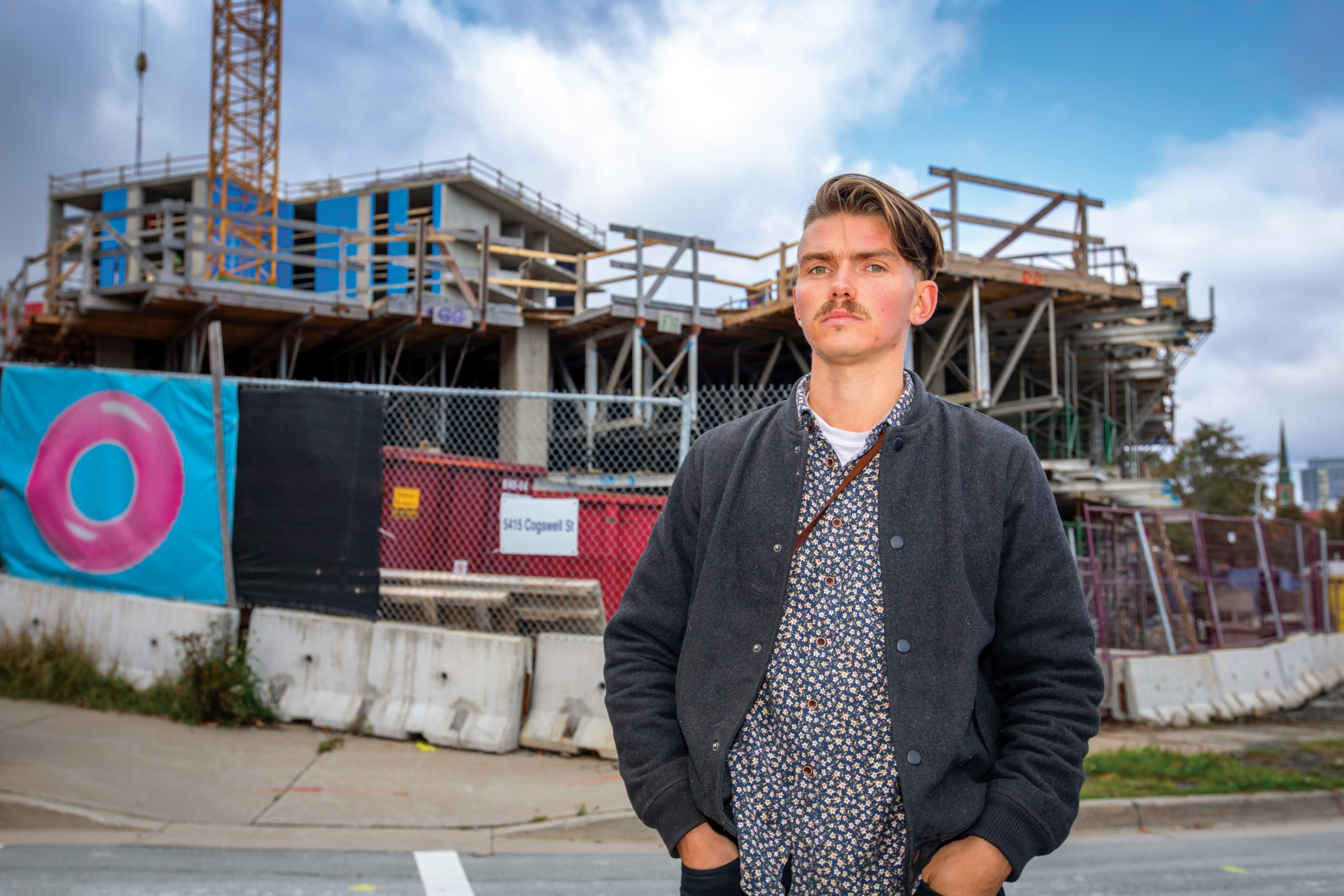 Nova Scotia’s government isn’t prepared to spend much on climate change, but environmentalists are cautiously optim [...] 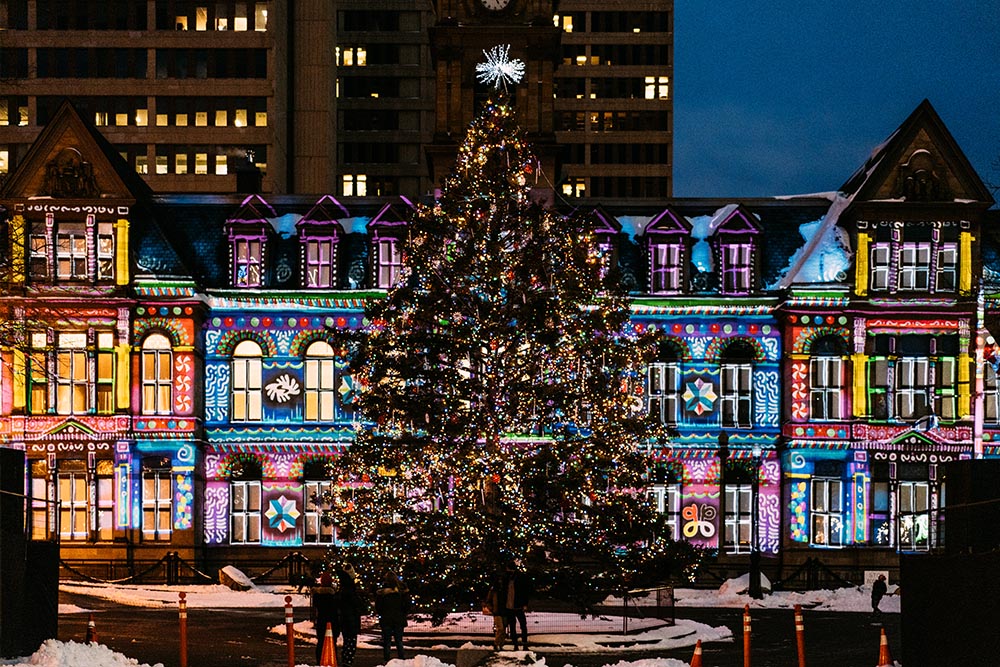 As we learn to live with the pandemic, the city abounds with sports, concerts, theatre, festivals, film, and lights — [...] 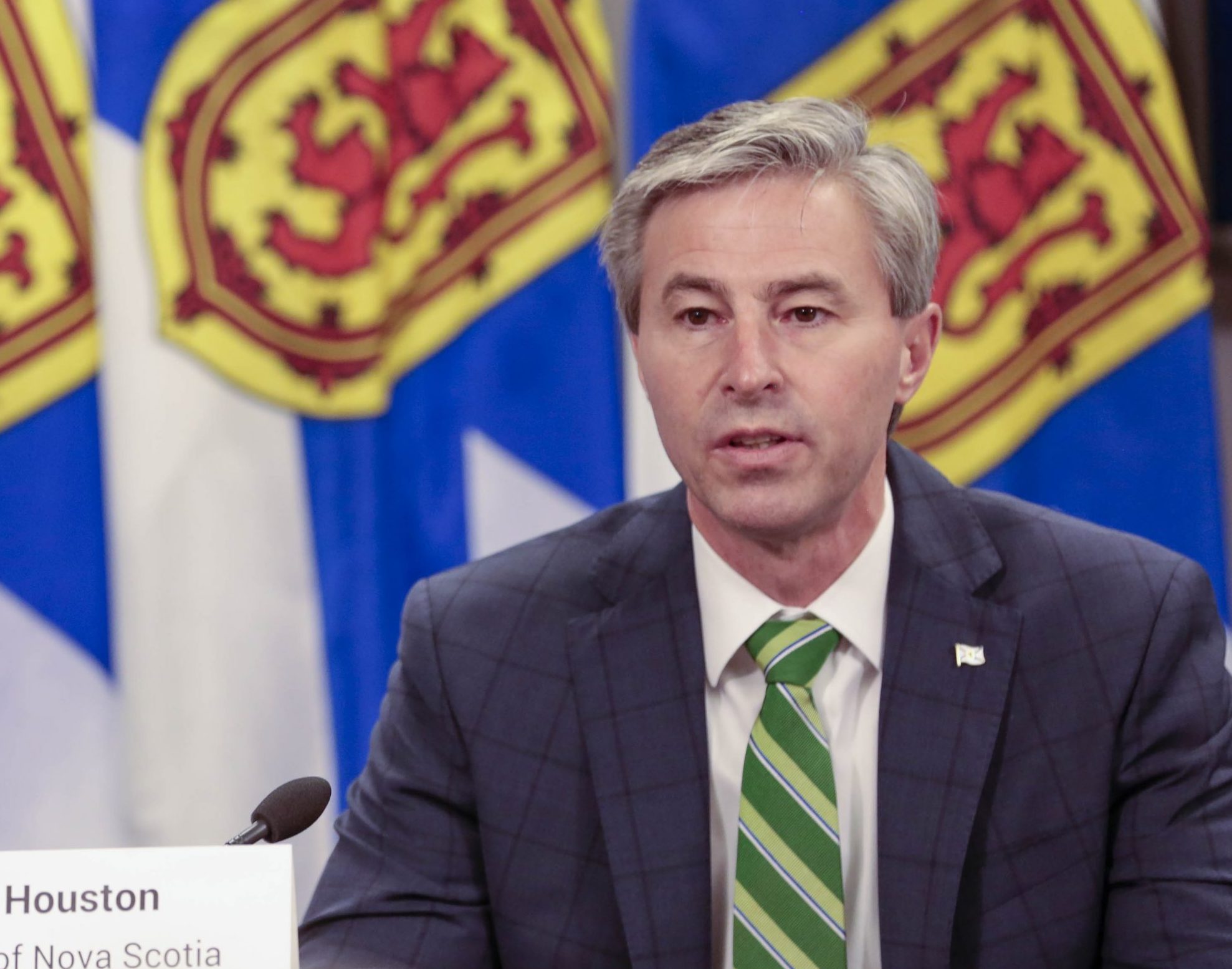 Plus: Premier Tim Houston says there's a lot he wants to do for Nova Scotians — can he deliver? He opens up in an exc [...]

Nic Power was once Halifax's top cop and Canada's Sherlock Holmes (just ask him) — a new book shares the truth about his storied career A century ago, Nic Power was Halifamous. The lurid newspap [...]

Plus: Where is Halifax heading in 2022? Looking at the issues that will shape our city Vaccination bookings are now open to children age five and up. “The key to safeguarding children agains [...]

Getting out of the prediction business Last January, I imagined the editor’s message I’d write at the end 2021.  “Congratulations to us!” I envisioned. “We beat COVID! Life is ba [...]

When a police operation against unhoused people turned violent, many blamed Halifax Mutual Aid. Volunteer Campbell McClintlock shares a different perspective on the organization and its work Halif [...]

A name that shaped Halifax

Clayton was once just a name on a clothing business — as the family’s fortunes ebbed and flowed, they helped shape their city Their name is well-known to Haligonians, but the Clayton family’ [...]

Nova Scotia’s government isn’t prepared to spend much on climate change, but environmentalists are cautiously optimistic about its plans  During the recent Nova Scotia provincial election, I [...]

The ordeal of finding an apartment in Halifax

One newcomer came east from Vancouver, hoping it would be easier to find her financial footing. Instead, she found high rents, low vacancy rates, and tiny incomes One of our basic needs is a home. [...]

As we learn to live with the pandemic, the city abounds with sports, concerts, theatre, festivals, film, and lights — just in time for the holidays  Feeling a bit too virtual these days? A litt [...]